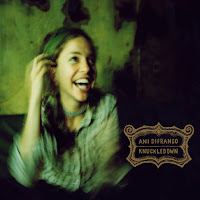 I am busting to write something....I can't hold back a second longer....bless you ANI DI FRANCO! Last night she played, no, make that rocked the Tivoli and delighted with her centred positive presence(she is a 'joyful girl' indeed.)
She had such a big warm grin, what a pleasure to watch her, listen to her and to watch the crowd absolutely enjoying every moment of the show.
She has a great new exciteble song about how she felt when Obama was voted in as president, and her joy and hope and belief that her country could be healed, could be reconstructed into a better place for all...there was an electrically positive energy in the room, great, like a victory dance party. Sigh.
She also sang 'fuel' which has the most hilarious (yet inspiring and fiesty) lyrics...hearing it live was a treat...gush, gush...I dig ani, oh i do.
'all the radios agree with all the tv's
and the magazine's agree with the radios
and I keep hearing that same damn song
everywhere I go
maybe i should put a bucket over my head
and a marshmallow in each ear
and stumble around for another dumb numb week
for another hum drum hit song to appear.....'
Ani DiFranco 'Fuel'
I have been out in Reddo (can school really be happening?again!!) so aside from driving and chatting to Sam and adoring Eden, I have been busying myself with my most favourite hobby, 'opportunity shopping.'
Best purchase so far this year was a great yellow flowery retro dress(a bargain at $3).
It was styled as perhaps a strange maternity dress/tent complete with eagle wing sized collar...kind of crazy, really. But it had definite potential.
After really considering the whole styling of the garment I decided it was just too out there to be wearable dress, so the crazy collered top got the chop!
Then I tried it on and worked out roughly how I wanted it to look. I am a fan of the below knee a-line look and it had that shape. To preserve the style, as it was very large, I took it in down the centre seam mostly and made only slight adjustments to slim it down at the sides near the waist. It was all done with folding, no pinning. To get the length I simply folded the skirt in half and cut it from the top.
Trying it on several times during the process and slightly adjusting things as I went worked really well for me.
I considered putting in a zip for about 1 minute then decided zips are fiddly buggars so I folded over the top, slung some elastic through and by wearing it lowish, (like high hipster?)the elastic has no bunching effect.... anyway, voila...

...a ani gig-worthy skirt for the princely sum of $3 plus half an hour of my time devoted to very fun and creative reconstructing...not bad, hey? I am so pleased with it that I am casting an apprasing eye over all my hardly ever worn collection of retro dresses(which I have bought over the years cos I couldnt resist the fabrics, despite not being much of a a dainty dress girl...)
So I am happy( in my own eccentric way)and glad to say my favourite word for the moment is 'reconstruction'.
xkate
p.s- this Friday night Vonney et all are holding a little artsy-craftsy market night from 6.30 at Blackstar...I will be there so c'mon in and have a coffee with me.
Posted by dash robin at 11:28 AM

Hello I really like your blog, I would like a link exchange with you, I insert your blog to my favorite blogs ;)

the address of my blog is: http://marcocrupifoto.blogspot.com/

Thanks Marco, your blog has some beautiful photos on it. 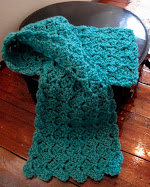 please note all photographs and text within this blog should not be reproduced without permission. If you would like permission to use something please drop me a line, warm thanks.